Natasha Hook has lived in Gosport all her life and attended both Elson and Bay House schools.  A keen student, she studied Law, Politics, Psychology and Criminology at St Vincent College. She is currently studying for her Law Degree through Open University.

She works for Caroline Dinenage MP where she started as an intern but is now a Senior Parliamentary Assistant meaning she has a better understanding of the problems facing the residents of Elson and Gosport. As a Mum, Natasha can regularly be seen in the playground at St John's Primary School and at Ham Lane, Elson Park or Monks Walk (when the weather isn't too bad!)

Being the daughter of Mark and Lynn Hook, Natasha has always taken an interest in both politics and Gosport. Natasha has always been interested and active in issues concerning young people in Gosport having joined Gosport Youth Council at the age of 11. She held various posts on the Youth Council and went on to be their chairman for two years. She was also an active member of Hampshire County Youth Council from aged 13 and later became their secretary.  Being community minded and wanting to represent  young people’s views she went on to represent Gosport and Fareham on the UK Youth Parliament, where she debated transport, voting and youth crime in the House of Commons, aged just 14 at the time making history as this was the first time the House of Commons was used by any outside body.

For over 10 years now Natasha has already worked on local issues through the Youth Council advising on projects such as the needs for young people in the Gosport Leisure Centre, future improvements to the Alver Valley and the requirement for youngsters at the Rowner Regeneration started by the Conservatives back In 2004. In April 2016 Natasha organised a careers conference for students in Years 10 and above across Gosport to help them to reach their full potential in the world of work as well as a Crime Conference in 2017.

In Gosport, Natasha helped to facilitate a cyber safety event at Brune Park School and campaigned for Hampshire County Council to reconsider their proposals affecting Children’s Centres such as the Tree House in Elson.  Natasha has also actively campaigned against the proposed closure of Elson Library.

Natasha believes that residents should be represented on issues that affect them locally and works to improve Gosport for everyone. The past Conservative control of the Borough Council has been a period of substantial progress and improvement in our town.

Natasha Hook is a dynamic, enthusiastic, energetic and young face to reflect the demographics of the town and it is good to have a younger person’s outlook on what is needed to take Gosport forward. 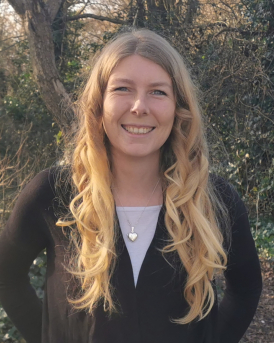