John Beavis has been the Lee West Ward Councillor since 2008.

John has been a Lee resident for over 44 years and is married with two grown up children and six grandchildren. In June 2011 he was awarded the MBE in the Queen’s Birthday Honours List for services to the Ministry of Defence and to the community. Both he and his wife Christine are immensely proud of Gosport and particularly to have served as Mayor & Mayoress of the Borough in 2013/14.

As past Chairman of the Community Safety Partnership Board John has worked tirelessly for the good of the community, to help reduce crime and Anti-Social Behaviour throughout Gosport and Lee-on-the-Solent. As the Gosport Older Persons Champion John works closely with the Older Persons Forum to address issues and look after the interests of the elderly in the community. He is also involved in many local initiatives to help young people in Gosport and Lee-on-the-Solent.

John is actively working to engineer change in the future for the Daedalus airfield which in 2011, under the Conservatives, was made an Enterprise Zone with all the financial benefits that it brings. He is eager to ensure that all new opportunities for new business and employment are maximised for the benefit of the entire local community but in doing so seeks to protect the interests of local residents and business people by securing the necessary infrastructure support and preventing the unique character of Lee from being overwhelmed. To protect the interest of local residents John is committed to ensuring that any future development in Lee-on-the-Solent, including Daedalus, is supported by the appropriate levels of infrastructure and is in keeping with the local area.

In Gosport Town Centre John strongly supports plans for the redevelopment of the Gosport Waterfront including a new bus terminal.

The creation of the Stubbington Bypass is thanks to our Conservative team and Conservative led County Council, by getting the funding required.  This Bypass is really important to us – it will help at least reduce the traffic on the A32.

John's record of service is such that you can be completely confident in his ability to represent your interests and get results.  John is an advisor to Portsmouth Harbour Marine which was formed to promote all that is good within the maritime sectors and has helped organise many and varied events that have put Gosport and Portsmouth Harbour on the marine map. He is also heavily involved as President of The Shed and is a great supporter of their good work in the community.

In Lee on the Solent, John Beavis is actively engaged with the Lee Business Association in making the High Street more vibrant to attract more shoppers, he also a strong supporter and member of Lee Library as a Community Hub. John is pushing for greater investment into the Daedalus Enterprise Zone to create many employment opportunities for our community; he is working closely with the Police, Community Partnership organisations local residents to deal with local Anti-Social-Behaviour (ASB) issues. He is a Trustee and serves on the Unit Management Committee of Gosport Sea Cadets. John is in touch with the needs of the community; he is a dedicated and very conscientious Ward Councillor.

As Chairman of Gosport Community Safety Partnership, I am delighted to announce the 13th year of the very popular Summer Passport Scheme. We already have 708 young people signed up for the scheme over the 3-week period. 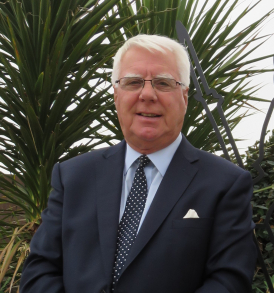