I am not a ‘professional or experienced politician’, however, I have been a resident in Gosport for over forty (40) years and have witnessed many changes with the reduction in the Navy, Naval Base facilities and personnel, lack of jobs, increased traffic and the problems associated of commuting to work. Over the years I have also witnessed the effects of the Borough Council political infighting, arguing, promoting self-interests and spreading disinformation – all of it to the determent of the people of Gosport. Fortunately, the Conservatives have been in control of the Borough Council since 2010 and in conjunction with the Conservative led Hampshire County Council and our excellent MP (Caroline Dinenage) they have actually made Gosport a much better place to live and this is what we must strive to maintain..

You are all probably aware that we, in Gosport,  are currently in the midst of a Boundaries Commission review which will result in the number of Borough Wards being reduced from 17 to 14 with the subsequent reduction in the number of Councillors, down from 34 to 28 with all 28 seats being contested in the May 2022 Borough Elections. In addition, Cllr Graham Burgess has taken over as the Group Leader and Leader of the Council from Cllr Mark Hook who will be retiring from local politics at the May 2022 elections. Yes, Mark will be an extremely hard act to follow, but Graham, who is a very experienced Borough & County Councillor,  is more that up to the task and we will be fighting hard to retain the Borough Council in May 2022. Only the Conservatives can steer us through the difficult years ahead and I hope that many of you share similar views to me and will consider voting Conservative in future Borough and County Elections. You know that it is common-sense to vote for the only Party that can improve things within the Gosport Peninsula – we promote facts, not fiction as other Parties often promote!. Of course, you could actually go one better and join the Party, thereby having your say in how things are shaped – see the joining instructions.

I am ex-Royal Navy (Submarine Electrical/Weapons Engineer) and currently also Chairman of the Gosport & Fareham Group of the MS Society.

A few of my personal views and beliefs are: 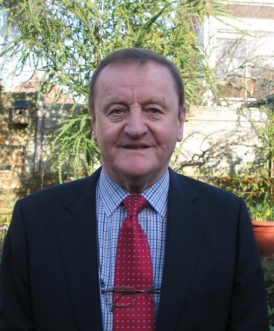