Conservative Councillor Tony Jessop is the elected councillor who represent Grange Ward. Tony Jessop, aged 61, has lived in Gosport for 55 years, sixteen of them on the Rowner Estate, part of the Rowner Regeneration area. He is married to Veronica and has 3 children. Tony and his wife have been involved with the Rowner estate for many years working together with GBC, Government offices, Landlords and residents to make Rowner a better place to live. Working on the estate from 2004 to 2009 Tony recognises the regeneration in Rowner was vital and that the residents needed to receive the best deal available to them. Each one should be treated individually and be judged on individual circumstances.

Tony is involved in several community groups and attends meetings on a regular basis offering assistance and advice when required.

Tony had worked for the MOD for 27 years in both Priddy’s Hard and Frater before moving on to a Training and Recruitment Company where he now worked as a Training Advisor until 2020 when he went self-employed in his own driving school . Through this role he is well aware of the difficulties local businesses are going through, and the difficulties they are facing in the recession and more recently during Covid. He recognises we need to do more to generate new employment opportunities in Gosport and the Grange ward in particular.

Tony Jessop was first elected as Grange Councillor in 2010 and returned by Grange residents in 2014 and in 2018. He with his family lived in the Grange Ward from 1993 until 2009 and knows and understands the area extremely well. Tony currently Chairs the Housing Board, and is Member of P&O Board, Climate Change Board. Tony has previously been Chair of the Regulatory Board, Chair of Climate Change Board,  Joint Chair of the CCTV Partnership and Trustee of the Rowner Community Trust.

Tony holds regular Ward surgeries in Tesco with Grange’s other Ward Councillor Maggie Morgan. Tony has been involved in the Rowner Renewal since it began and has seen through and been heavily involved in ensuring the successful transformation of Grange Ward. Tony is proud to have been born and lived in Grange Ward and has had the pleasure of representing the residents of Grange. 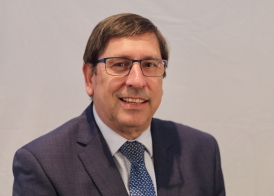