Stephen Philpott lives in Peel Common at 108 Long Drive with his wife, Jan. He keeps residents informed about what is happening through regular In Touch newsletters. He is someone residents can rely upon and who won’t disappear when the voting is over!

For over twenty years Stephen Philpott has had the privilege to represent Peel Common and Rowner on the Borough Council. When he was first elected he promised to represent everyone in Peel Common regardless of their political allegiance. He has always done his best to live up to that promise.

Stephen joined the Conservative Party at the age of 16 and became Chairman of the local Young Conservatives in 1981.  He has also held various positions in the local Conservative Association, including Chairman between 2002 and 2004.

Stephen has twice been Chairman of the Council's Housing Committee: back in 1998 and, more recently, in 2009. He is currently Chairman of the Economic Development Board and also sits on the Policy and Organisation Board.

Outside of politics Stephen is a dedicated sports fan - especially cricket.  He has been a long standing member of Hampshire County Cricket Club and, when he can tear himself away from the town hall, can be found on a summer's afternoon sitting on the boundary at The Rose Bowl with a cold beer in hand. He follows Portsmouth FC and is a regular visit to Privett Park to watch local team Gosport Borough.

Stephen has continued to work to represent the residents of Peel Common and Bridgemary during the pandemic.

Stephen has been at the forefront of promoting major infrastructure investment in his county division, including the Bus Rapid Transit busway extension to Rowner Road for which he played a pivotal role in persuading Hampshire County Council to reverse their decision to demolish the bridge on Rowner Road. A £1.7 million safety scheme at the Wych Lane/Fareham Road junction is shortly due to get underway; and a £7.8 million investment in Grange School has already begun.

In both his role as ward councillor and Chairman of the Economic Development Board Stephen Philpott has led the fight against major housing development in the Strategic Gap. He launched an initiative in 2020 to approach the Hampshire & IOW Wildlife Trust to secure the Strategic Gap between Fareham and Gosport for it to become meadow in perpetuity. This is going to be tough to achieve, but Stephen is committed to doing all he can to make it a reality.

Stephen guarantees that he will remain visible, accessible and work as hard as he can to ensure that Peel Common remains a place where we are all happy to live. 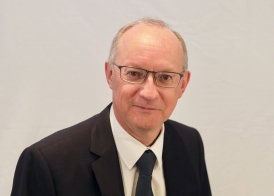