Mark Hook was the Leader of the Conservative Group and the Leader of the Council between 2009 and 2021 when he became Mayor of Gosport. He first served as a Councillor in 1983 for eight years as a Leesland ward councillor. He was re-elected to serve in 1998 and again in 2004 up until now for the Alverstoke Ward and he now has a total of over 30 years’ experience, making him one of the longest serving Councillors in Gosport. He was Chairman of Gosport Borough Football Club from 2009 to May 2017, taking them to Wembley in the FA Trophy Final in 2014, and takes a keen interest in all sporting activities in the Borough.

As a retired local businessman trading in Gosport High Street for 28 years, Mark has a good knowledge of the difficulties in being self employed in the retail sector . As the leader of the council, Mark has overseen many improvements to Gosport. These include the new leisure centre, new ferry pontoon, the new shopping area at Brockhurstgate and improvements to the High Street with many new businesses investing in Gosport, Splash Park in Stokes Bay and in Lee on the Solent, Rowner’s massive regeneration to become Alver Village and the enterprise zone at Daedalus to name just some over the past few years.

Mark's expertise in financial matters is a great asset to the Council, as is his grasp of the day to day running of local community affairs during these difficult times. Delivering on the promises made is key to developing the trust in local politics and Mark's aim is to restore that trust between the electorate and local politicians.

Mark has the vision for the future of Gosport and the determination to see things through. It is important to tackle employment opportunities.. It is vital to deliver jobs in Gosport, on the enterprise zone, on delivering more industrial units such as those on Fareham Road and Tidebank in Lee on Solent and to create more jobs in Gosport to reduce the amount of workers who need to out commute daily on the A32. We need to continue what we have started, in using land for job creation.

Having already delivered Gosport Leisure Centre we will look to improve on existing sites. There are plans to renovate the Falkland gardens and develop the bus station site bringing in new boutique retail, restaurants and cafes for the public to enjoy the magnificent harbour views. In the Alver Valley there will be a new garden centre ready by the spring 2022, the first of its kind in Gosport, along with many improved play areas, a bigger and better BMX track already delivered with a learner track alongside and additional parking. Within the Country Park there will be pathways for people to enjoy strolling through the countryside enjoying the variety of wildlife, flora and fauna that the park will have to offer along with a new cafe/toilet facility.

We will look to continue improving on efficiencies, reducing bureaucracy and driving down costs. We will look to work in partnership with other local authorities, as we have done with Portsmouth and to share services such as building control, environmental services, coastal protection amongst others where we believe savings can be achieved but not to the detriment of the service provided. We will bring grounds maintenance back in house to ensure our parks and open spaces are kept to a higher standard, but, most importantly, we continue to offer our residents value for money.

Since my last update the world is a different place.We had the initial lockdown which resulted in no elections taking place and us retaining control of the council under what is considered a new normal. However running the council in a very different way has had its challenges.

Gosport is one of 69 towns across England to have received an ‘in principle agreement’ to host a High Street Heritage Action Zone (HSHAZ).

One size does not fit all when it comes to planning

Let me congratulate our newly elected leader, Boris Johnson, with his energetic style of management, along with the many new faces in the cabinet looking to bring in additional successful measures beyond what have achieved to date.

Why the Conservatives will take action on Climate Change

At the Full Council meeting on the 24/7/19 there was a notice of motion put forward by Cllr Johnston on climate change. Unfortunately, the motion had asked for things we in Gosport do not have. 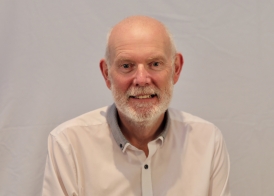