Lynn Hook is one of the Conservative councillors for the Peel Common ward and has been a councillor for over ten years. Lynn has lived in Gosport for over 50 years and was educated in Bridgemary. She had a career in banking and accountancy.

Now retired she is well known having ran a card shop in Gosport High Street. Lynn was a member of Gosport Shopwatch committee that worked with the police to make Gosport a safer place.

Lynn was a chairman of Gosport Ladies Circle as well as the Area Chairman helping raise money for various charities and local good causes.

A keen sports fan in her earlier days she played Netball for Hampshire. and is now a trained steward for stadia.

Lynn's concerns are for a safer Gosport, community issues and housing and is delighted 100 council houses will be built under this Conservative administration in the next 4 years. She is also keen to contribute to plans which seek to reduce out-commuting and ease congestion on the Borough’s access roads and had fully supported the Stubbington by-pass now under construction.

Lynn also recognises the need for more jobs in Gosport and supports the enterprise zone at Daedalus, the new Gosport shopping centre at Brockhurst Gate, the regeneration of the bus station site and the buiding of a new garden centre in the Alver Valley which should be complete by the spring of 2022.

Lynn believes it is right to represent the views of local people and puts that before politics. She is Chairman of the Regulatory Board and the Licencing Sub-Board along with being on the Policy and Organisation Board and the Climate Change Board. Lynn is also Vice-Chairman of the Joint Musuems Committee.

She became Mayor in May 2016/7 where she carried out over 400 functions, including absailing down the Millenium tower, joining in the New Year's dip by GAFIRS and has met so many wonderful volunteers who do so much for Gosport. 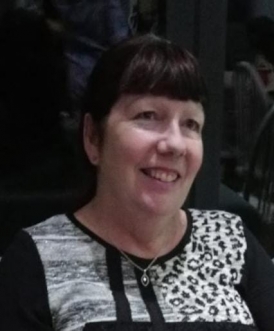