I was born and grew up in Melbourne Australia and worked as a civil engineering draftsman for the Victorian Railways. Having had a deep desire to travel from a young age, I fulfilled that dream when in 1973 I left Australia to see the world.  I sailed in a passenger ship across the Pacific and Atlantic Oceans via the Panama Canal, eventually anchoring off Stokes Bay for 24 hours before docking in Southampton. Little did I know then that I would one day make my home on the coast I had first viewed.

In 1975 I began my career in the offshore oil industry for a diving company operating out of Aberdeen, Scotland as a professional diver and retired in 2016. My diving career took me all over the world and to many locations not found in tourist brochures.

I met my wife Hazel in Aberdeen and we married in 1983. We have two daughters and four granddaughters.

History and heritage have always been a passion of mine. I have been a member of the Friends of Stokes Bay committee for almost 30 years and am now Chair of the Society. I was a member of the Gosport Society committee for 8 years and now represent GBC on their committee. I joined the Historical Diving Society in 1991, became a trustee and their Museum Director in 2008 and in 2011 we opened the Diving Museum in No2 Battery on Stokes Bay. I now lead on all their grant fundraising. I sit on the Advisory Panel for the South East Museums Development and the steering committee for the Hampshire Military Museums Network. I use these platforms to promote the rich heritage that Gosport has to offer.

I was elected Councillor for Alverstoke Ward in 2018 an area I feel privileged to live in and feel it a natural progression in my desire to be involved in and help my local community. 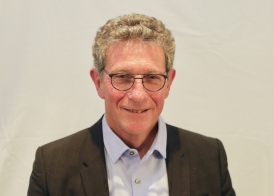