Graham and his wife Mal have lived in Lee on the Solent for over 40 years. He moved here with his family whilst serving in the Royal Navy where he served for 24 years both above and below the waves. His daughters went to local schools and Graham has been a Gosport Borough Councillor since 1998 and has served on most of the service boards. He is presently Leader of the Council.

It was a great honour for Graham and Mal to be Mayor and Mayoress of Gosport in 2005/6 when they represented the borough at many wide and varied events which culminated in being presented to Her Majesty the Queen during the Trafalgar 200 celebrations. They also attended over 400 events.

First elected as a Hampshire County Councillor in 2011 he represents the Lee Division (Lee on the Solent, Grange and Rowner) He is Chairman of the Solent Growth Forum.

Lee on the Solent is a special place both to him and his family, as it is to most residents of Lee on the Solent. Everyone seems to take an interest in the community and trying to improve it.

In Lee on the Solent, and Grange, Graham is delivering car parks and play areas for all ages in the Alver Valley as well as toilets and a café which will open shortly. He has also brought a new Splash Park and children’s play area to Lee Seafront which opened in July 2019. He has also had much needed bus shelters installed as well as cycle racks on the seafront. He is heavily involved in the Enterprise Zone at Daedalus and is keen for much need jobs to be based there and not housing. He has worked with local groups such as Lee Community Association where he is also an active member, Lee Business Association and the Lee on the Solent Residents Association.

As a Hampshire County Councillor, Graham has a devolved budget to support local groups and projects such as the Rowner Carnival, National Coastwatch, Gosport Heritage Days, Royal Navy Submarine Museum, Gosport Marine Scene, Focus Youth Club, Gosport Scouts, St Faith’s Church, Lee Community Responders, Gosport Bowling Club ,Lee Voluntary Care Group, St John’s Ambulance, Rowner Parish Church, Gosport BMX Club, Defibrillators in both Lee on the Solent and Grange, CCTV for Rowner Community Trust, Give Gain and Grow, Christmas in Lee, Solent WI, Lee Infants and Junior School as well as the renamed Siskin School, Alver Valley, LEE Festival events and many more. He also replaced the old dilapidated notice board with a new community notice board in the High Street where local information is displayed. He is heavily involved in the Lee Hub which hopes to open in February 2021 in the old Lee Library building in the High Street.

In 2016 and 2017, you gave Graham your continuing support to improve the quality of life for Lee on the Solent and Grange residents. He believes that the Conservatives have achieved that. No front line services have been cut. Improved efficiency and more effective ways of working practices are the key words along with getting value for money.

Graham was also the first person living in Lee on the Solent to be Chairman of Hampshire County Council in 2017-2018. A great honour for a truly local man. 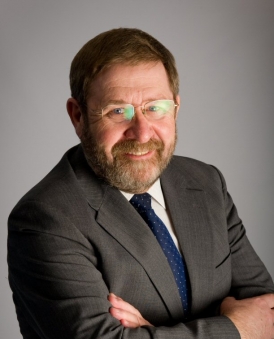 02392552177
Find me on Facebook
Copyright 2023 Gosport Conservatives. All rights reserved.
Powered by Bluetree