Diane Furlong is your Conservative Councillor for Hardway and served as Mayor of Gosport from May 2018 to May 2019  She has lived most of her life in Hardway, attending Elson and Brune Park schools, as did her twin sons.  She is a retired Civil Servant, her first job having been at Priddys Hard Armament Depot. As a mature student Diane gained a BA (Hons) in Public Sector Studies, studying part time at Portsmouth University while still working full time.  Diane is retired but has been involved with The Gosport Society, and invigilates exams on a casual basis.  She Is a member of the Steering Committee for Loud and Proud Charit, and has assisted at Heritage Open Days.  Diane is also a member of the Friends of Hardway.

Diane first served as Conservative Councillor for Hardway from 1983 to 1987 and has always retained an interest in local issues and been an avid supporter of achieving what is best for Hardway and Gosport and its residents.  As Mayor Diane was proud to support the Town, its Residents and to promote Gosport to anyone who would listen.  She remained available to residents at all times during her busy tenure as Mayor, and continues to remain available to anyone requiring help.

Diane fully supports the Borough in bringing investment, jobs, regeneration and conservation to Gosport and believes that our town is proving attractive to employers who are helping to redress the move of the many military staff who have moved.  She believes job creation is vital to reducing out-commuting from and lowering vehicles having to move in and out of Gosport.  Diane is also fully supportive of all endeavours to stop building on the strategic gap in Newgate Lane which, if built on, would interrupt the smoother flow of traffic it was built to support.

Whilst we need to build homes for people, Diane supports utilising Brownfield (previously built on) sites where we can rather than spoiling our areas of natural beauty.  Being a densely urbanised area it is important to keep our green and open spaces.. We will carry out further restoration of local areas such as Stanley Park, and the continued enhancement of facilities at the Alver Valley Country Park to act as a green lung for the enjoyment of all.  Diane is also an advocate of keeping our town clean and supports the work of the Wombles, and takes every opportunity of reminding youngsters of the importance of carefully disposing of rubbish, particularly plastics. 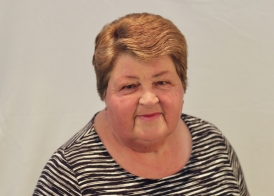