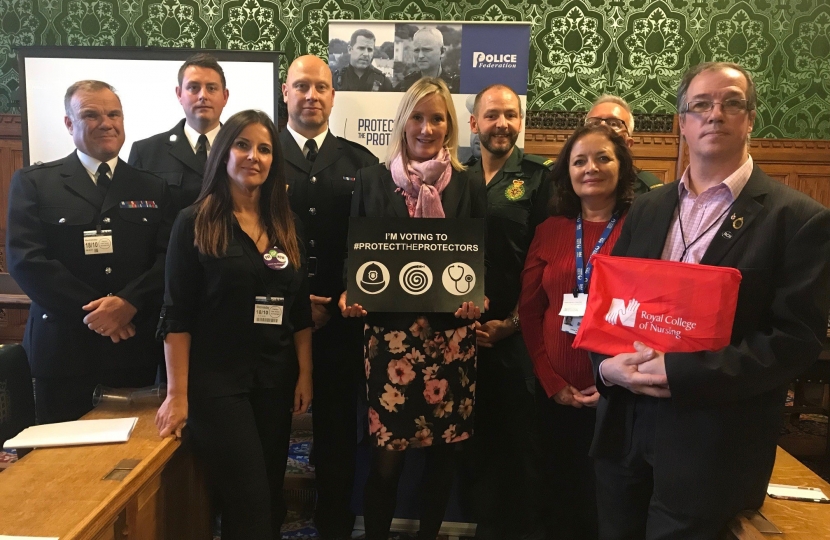 Both Kevin Hollinrake’s Parental Bereavement Bill, which will give employed parents two weeks paid leave if they lose a child under the age of 18, and Chris Bryant’s Assaults on Emergency Workers Bill, which will create a new offence of assaulting an emergency worker, have progressed to the Committee Stage unopposed. All Bills must pass through several stages, in both the Commons and the Lords, before becoming law.

Most primary legislation passed by Parliament originates from bills introduced by the Government. However, Private Members' Bills are Public Bills introduced by MPs and Lords who are not government ministers. Both of the Bills heard today were presented to Parliament through the ballot procedure. As there is enormous pressure on the time available for debating bills introduced by backbench Members, priority in the use of this time is established by a ballot held shortly after the beginning of each parliamentary session.

Commenting, Caroline said: ‘Private Members’ Bills are a really important mechanism for enabling all MPs to shape legislation, and Kevin and Chris have done a fantastic job in bringing parliamentary attention to these really important issues. Creating a new offence of assaulting an emergency worker sends a clear message that this will not be tolerated, whilst granting bereaved parents paid leave is a compassionate, necessary policy that may go some small way towards making an awful situation more bearable. I’m glad the Bills are progressing so well through parliament, and look forward to seeing them enter law.’