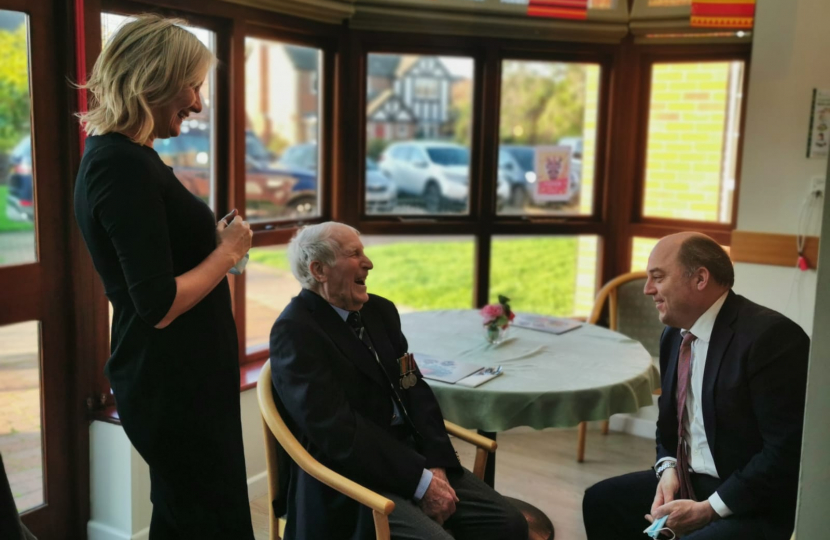 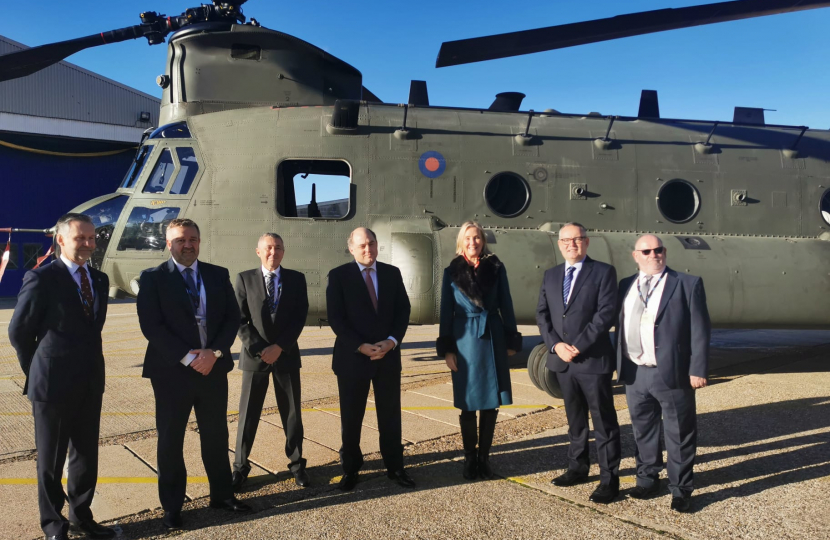 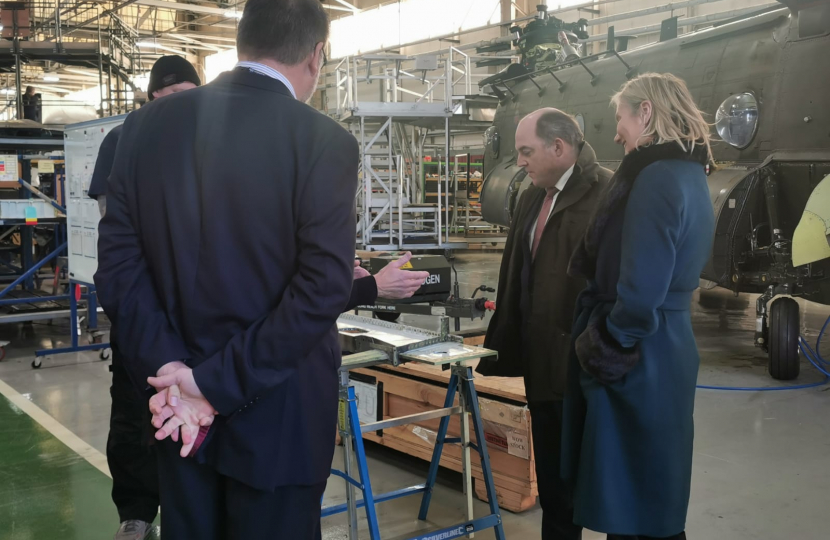 Gosport MP, Dame Caroline Dinenage, today welcomed the Secretary of State for Defence, The Rt Hon Ben Wallace MP, to her constituency. The Gosport Constituency has a proud history of serving the Armed Forces, home to more veterans than any other in our region, as well as key defence and aviation companies who play a vital role in keeping our nation safe.

Dame Caroline took the Defence Secretary to visit StandardAero (formerly Fleetlands) who have been one of the key maintenance, repair and overhaul of military and commercial helicopters for decades - including Chinook. During the visit, he met many of the employees of StandardAero who carry out cutting vital work on the UK Army Air Corps’ (AAC) Gazelle AH Mk1 helicopter fleet as well as opening the recommissioned Chinook Hangar on the site.

“Fleetlands is the most extensive aircraft Maintenance, Repair & Overhaul facility of its kind in Europe, and the largest employer in the Gosport region.  With over half of the Fleetlands workforce dedicated to UK MOD helicopter maintenance support programmes it seemed fitting that we should have the pleasure of a visit from The Rt Hon Ben Wallace MP, Secretary of State for Defence, who was in the Gosport constituency as a guest of Caroline.  The visit gave the management team at Fleetlands the opportunity to introduce the Secretary of State to some of the highly skilled and experienced workforce, brief him on the broad range of capabilities and services we can offer the defence customer, and let him see first-hand how StandardAero UK maintains, repairs and overhauls the Gazelle and Chinook helicopters.”

"Gosport has such as deep-rooted military history and it was important for the Defence Secretary to see how vital our area remains to the armed forces.

It was a pleasure to invite the Defence Secretary, Ben Wallace, to Gosport to meet with Geoff Rushton, who is a shining example of our proud story, as well as StandardAero who continue their vital work to make the world a safer place.”

“The important work being undertaken at Standard Aero to maintain our Gazelle and Chinook helicopters is supporting high quality jobs in Gosport and high quality services to our armed forces. It was a pleasure to open their recommissioned Chinook hangar.

Meeting Geoff on the way was also incredibly poignant. Another great reminder of the incredible courage of our WWII Veterans and why the brave men and women fighting for the same freedoms today in Ukraine deserve our total support.”

Local MP, Caroline Dinenage, has visited Indelible Ink to present them with their prize for being voted Gosport’s Best Independent Shop by residents of Gosport, Lee on the Solent, Stubbington and Hill Head.