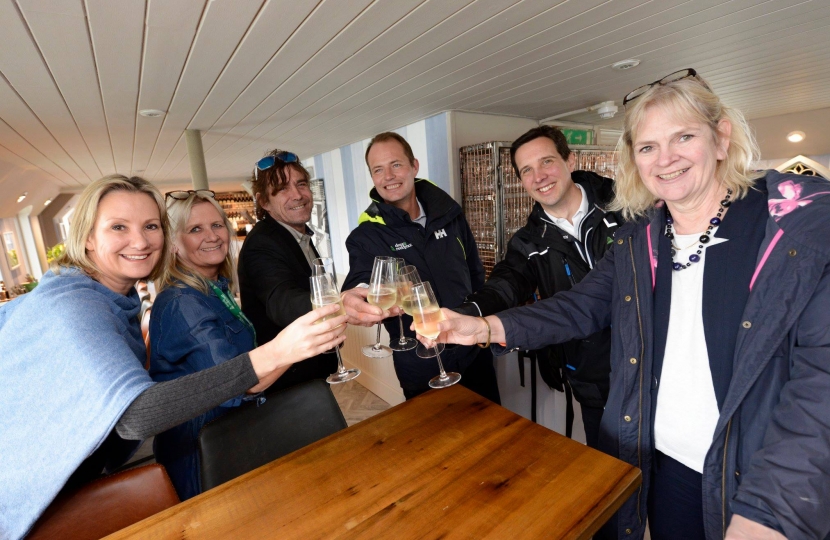 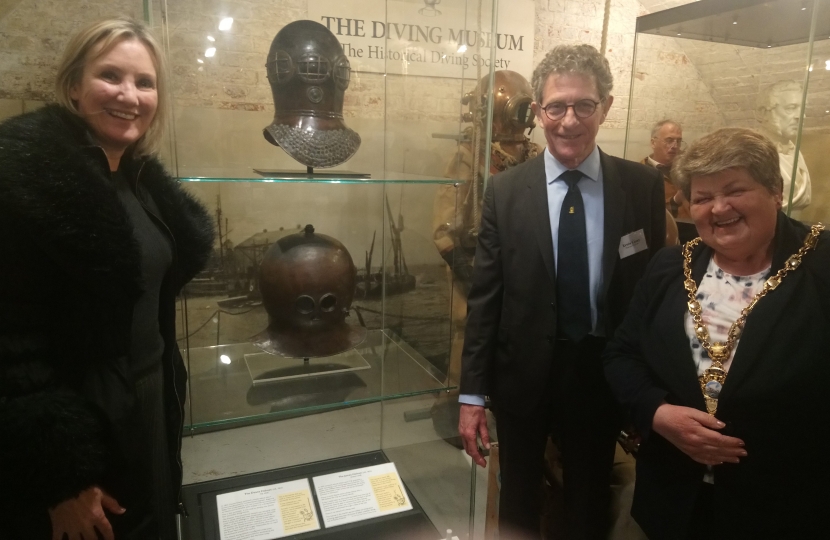 Caroline visited Haslar Marina where she saw the newly refurbished Trinity's at the Lightship, had a tour of the Marina, and met some of the businesses and charities based on the site.

Caroline then visited the Diving Museum to unveil one of their four new exhibits which will be on display when it opens for its ninth season tomorrow, including two items on loan from the Science Museum which have never been on display to the general public before!

Speaking after her visit, Caroline said:

"I really enjoyed my visit to the Haslar Marina and tasting the new menu at Trinity's at the Lightship. It was fantastic to learn more about what the Marina has to offer, not only to locals but also to tourists.

We are so lucky to have a number of fantastic tourist attractions on our doorstep, and it was an honour to unveil one of the new globally significant exhibits at the Diving Museum.

The Gosport Constituency is also home to the only Hovercraft museum in the country as well as a number of award-winning attractions such as the Explosion! Museum and 17th Century Village. Some of these locations have been used in TV programmes, such as Doctor Who and the Transformers film, helping put Gosport firmly on the map!"

Tourism is one of England's largest and most valuable industries. English tourism directly employ more than 2.6m people and generate over £106 billion a year for the British economy.

2022 Spring Forum to be hosted in Blackpool