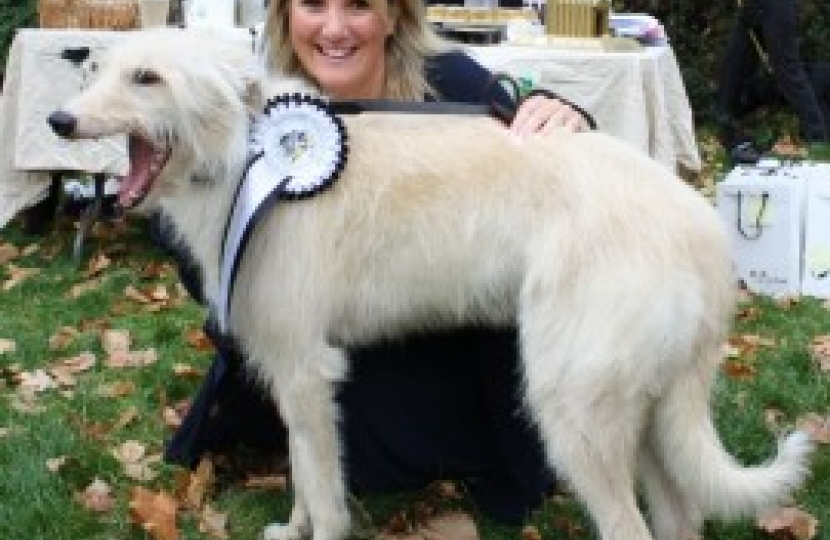 Proud owner Caroline explains: “Twiggy hoped that she could match her namesake and get her paws on a ‘model’ victory! Sadly, while Twiggy’s elegance and gentle nature wowed the judges it wasn’t enough to seize the title.”

The Westminster Dog of the Year competition was organised jointly by Dogs Trust and the Kennel Club to highlight the unique relationship between man and dog. The competition is open to all Parliamentary pooches, regardless of breed or ‘pawlitical’ persuasion.

With not a speech writer or policy adviser in sight, the Westminster Dog of the Year competition is more than just a beauty competition and provides an opportunity for MPs to promote responsible dog ownership – poop scoop and all! Judges included Clarissa Baldwin (CEO Dogs Trust) and Vanessa McAlpine (Events & Education Executive Kennel Club).