Caroline's Bowled Over By The Teamwork In Rowner 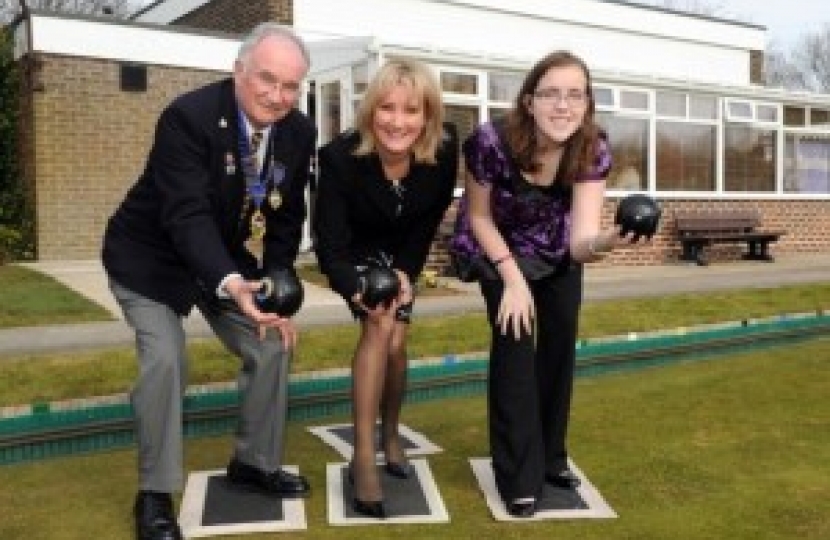 The launch came following months of hard work and fundraising by the club, after it became too popular to meet the demand for membership.

The extension was built by builders, carpenters and electricians drawn from its membership and £13,000 the club raised.

Member Jackie Grocutt said ‘I think it’s wonderful. The whole club pulled together. They really did work very hard between them and everybody else that was able to helped.’

Member Brian Smith is one of the builders who helped construct the extension.

He said: ‘It was brilliant. We had donations and loans from the members within the club. I have been a builder all my life and I got together with one of the other builders and got the plans drawn up to do it.’

Caroline, at the opening, said: ‘There is obviously a great community here at Rowner Bowling Club and it’s fantastic to see them all come together to build this new extension’.

It comes as the club hit more than 130 members, with the youngest aged 16.