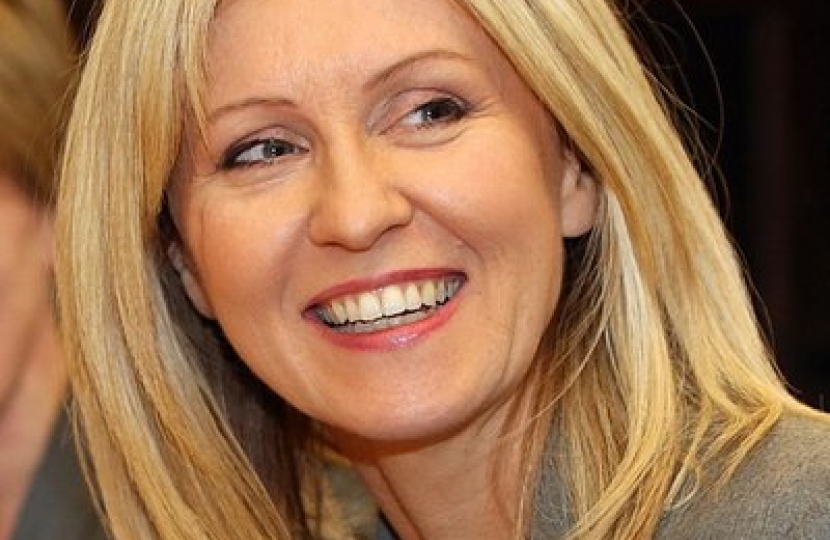 Esther McVey is a businesswoman, broadcaster and the current Member of Parliament for Tatton. Until November 2019 she was also the Secretary of State for Work and Pensions.

Originally from Liverpool, Esther trained as a lawyer at Queen Mary University in London, worked as a producer and broadcaster for the BBC then ran her own business, being nominated for Woman of the Year both in Cheshire and Merseyside. She has a MSc in Corporate Governance and established the biggest business women’s network in the North West before selling it to enter Parliament. From 2015-2017 Esther was Chair of the British Transport Police Authority.

Between 2010 and 2015 Esther served as the Member of Parliament for Wirral West. Esther was the first MP to employ an apprentice and during her term as an MP, she became Minister for Disabled People in 2012, then Minister of State for Employment in 2013 and was promoted to Cabinet Minister in 2014.

A champion of social mobility, through her charity, ‘If Chloe Can’ Esther provides career support, inspiration and ambition for school pupils. She has written several careers books for girls and boys which have been turned into plays by the National Youth Theatre and have been performed around the country as well as in London’s West End.